What is nominal Christianity? Nominalism can be understood as possessing a name, title, or label that is ultimately meaningless due to its empty formality. Thus, a nominal Christian is simply a “Christian” in name only. Though they may attend church services or may believe some of the basic doctrines of the Christian faith, they lack a true relationship with Christ and have failed to surrender the entirety of their lives to Him as their Lord and Savior by way of genuine faith and repentance. The church of Sardis is a prime example of nominal Christianity. Revelation 3:1 states, “And to the angel of the church in Sardis write…’I know your works, that you have a name of being alive, but you are dead.'” Though many in the church of Sardis claimed Christianity and performed many of the common church functions, Jesus boldly declared that their name was baseless, and they were spiritually dead. Though it may seem harsh or unloving, Jesus had compassion on these nominal Christians and was wanting to make them aware of the reality of their spiritual condition before it was too late.

The sad reality is that American Christianity has become more or less synonymous with nominal Christianity. Why do I say that you may ask? Just look at the multiple examples. The prosperity gospel is spread and preached throughout the United States of America, where thousands have been deceived. Many “Christians” today cannot even remember the last time they read their Bible or even prayed. How can one be in a relationship with Christ if they never listen or talk to Him? Additionally, there are those who adamantly say they love the Word of God, that is until it says something they disagree with. Many have come to the Holy Scriptures like a guest comes to a food buffet. They pick and choose the pleasing verses and reject the ones that they find distasteful. Just go to your social media platforms and make note of all the Bible verses that are shared and quoted. The majority of them will be used as nothing more than an inspirational quote about love, peace, or joy; while others will rip a verse out of its context in an attempt to condone or promote their own sinful agendas. However, very few will ever quote controversial passages of Scripture regarding sin, repentance, and hell. Though I am not meaning to imply that one cannot encourage others with a Bible verse, nor am I implying that every verse must be fire and brimstone. My point is that true Christians must receive and apply the totality of God’s Word and not just some of it. Christians should be balanced and should seek to encourage and challenge their brothers and sisters in Christ as well as their neighbors.

Although this is a problem on the individual level, I believe the corporate churches are primarily to blame. Those who are responsible for teaching and shepherding their flocks have offered surface level messages that do not begin to unpack the depth of God’s grace and the gospel message. Likewise, so many of the churches in America have allowed the world to infiltrate them. Many churches have become a social event where people can come to get free coffee, enjoy a concert, and receive a word of encouragement before they go back into the work week. The worship service becomes a worship of self rather than Christ. The individual becomes preeminent and personal emotions rule. But this is not true Christianity. True Christianity calls for the believer to deny themselves daily, to take up their cross, and to follow Jesus (Luke 9:23). Thus, personal pleasures take a backseat to the will of God. Once again, I am not opposed to coffee, good music, or a message that encourages, but if that is all your church is, then your church has done you a grave disservice. American Christianity has become a shallow Christianity where we determine the value of a church by the number of members who attend, or how cool or trendy the building or pastor is. You can have a beautiful building with thousands of people and the church still be dead. Christians must be resolved in finding Bible-believing churches who are committed to loving God, loving others, and making disciples through evangelism and discipleship. Christians must find churches where the gospel is preached, and Jesus is revered as King. Christians must commit to actively supporting missions and opposing the evils of the world. The church is meant to equip you for spiritual warfare and the Christian is called to present themselves to the Lord as a living sacrifice (Romans 12:1). This is true Christianity. Where Christ is the most beautiful treasure, and our lives bear witness to that fact by dying to self and serving others.

For those of you who hear this word and feel convicted by your nominal living and desire to obtain true life. There is good news. It is not too late for you. Jesus rebukes those He loves, and He commanded the church of Sardis to repent of the sins of nominalism and remember and hold fast to the gospel message. And Christ is commanding you to do the same – right now.

Let us repent of any nominal living and pursue Christ with all our heart, soul, mind, and strength! 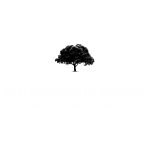